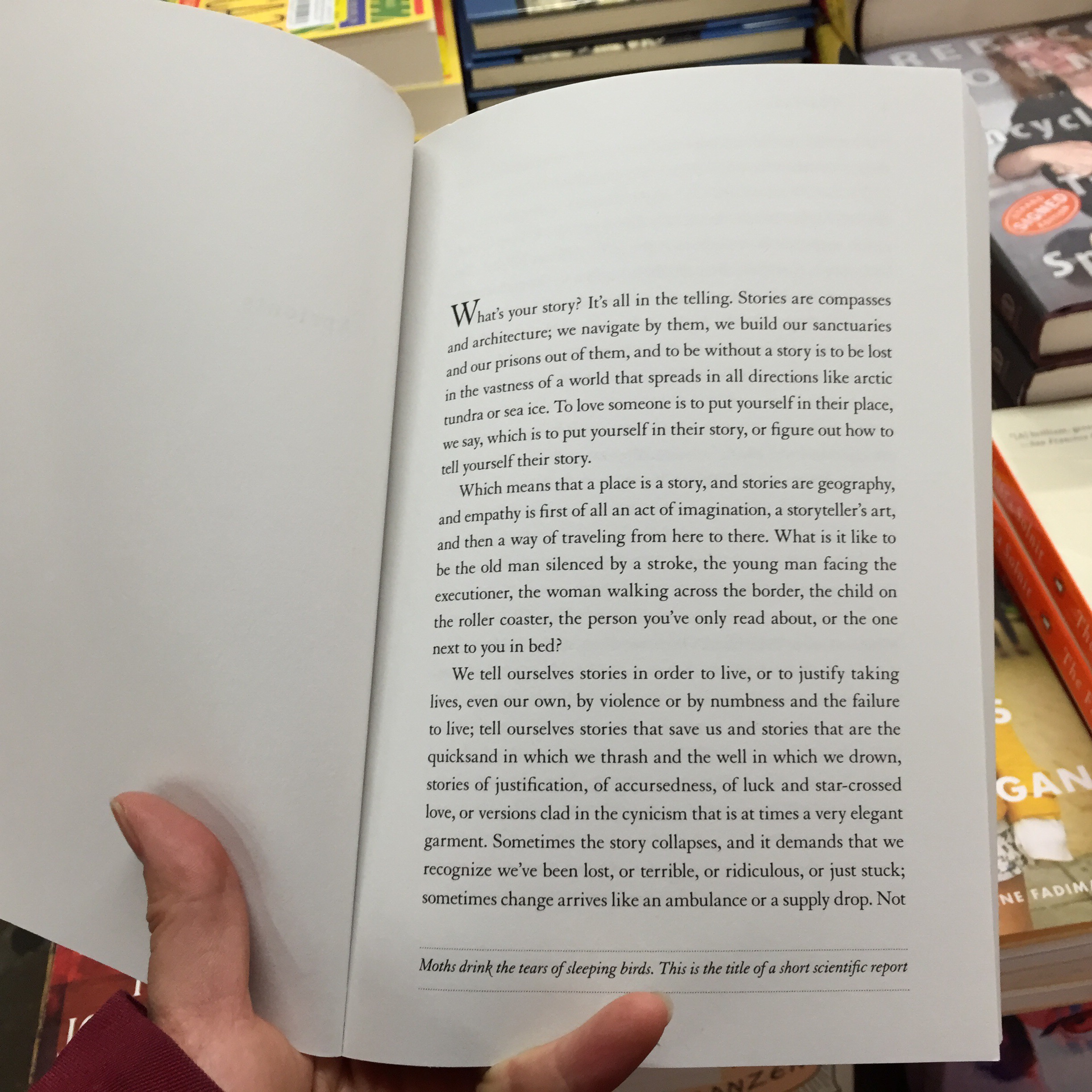 – reading the first few pages of three different Rebecca Solnit books in three different bookstores
– mentally placing all of them on my wishlist
– the rain.
– the weather, which straddles winter and spring.
– me, straddling doubt and certainty.
– unhealthy obsession with containers
– a new hangover remedy: waking up early and cooking 5 different dishes with a fury to overcome it. my roommates are still confused about my sudden enthusiasm for the kitchen during the past few months.
– how it feels to write in new moleskine notebooks.
– strange bruises appearing. not remember how i got them.
– dance battles.
– saying no to the men waxing poetic and, instead, buying our own damn champagne, because we can.
– fascinating homemade almond and sunflower milk tastings on a sunny afternoon in a bike shop in Brooklyn.

– oh goodness. Betsey MacWhinney for the New York Times on poetry, and why it succeeds in the greatest darkness.

I normally don’t invite poetry into my daily life. As an ecologist, I embrace science. But all I had to offer her at that point were the thoughts of others who struggled to make a meaningful life and had put those thoughts into the best, sparest words they could.

It suddenly struck me — I the one who loves science, data, facts and reason — that when push comes to shove, it was poetry I could count on. Poetry knew where hope lived and could elicit that lump in the throat that reminds me it’s all worth it. Science couldn’t do that.

I believed, inexplicably, that it was urgent to deliver the perfect words in her shoe each day. It felt like her life depended on it.

– ravenously following J. Kenji-Lopez‘s advice on various cooking subjects, including how to care for my recently acquired cast iron skillet. if anyone wants to play with steaks and bacon with me, come on down.
– guys. i finally found something that i can declare “too spicy”– well played, The Bao, well played.
– Andrew Hawkins, who is a wide receiver for the Cleveland Browns, wrote about his incredible journey to the NFL as someone who was just “too short and too small” to even be considered. Let me tell you just how much I can relate to those adjectives. Part One: Coming Up Short and Part Two: Whatever It Takes. Thanks to Kristan for this.
– this cassava vegan gluten-free flatbread pizza looks outstanding. but i can’t keep buying kitchen supplies. let’s be real, i can’t buy a tortilla press because anything involving tortillas just gets me into trouble.
– I loved stumbling on this article on Tiny Habits. While I already do floss daily, there are many other tiny habits that I’m trying to hack into my day. Ahem, I actually never edit my blog entries, and shamefully correct typos sometimes weeks later. I should do better. Some of my current tiny habits are probably maddening- I can’t stand still while brushing my teeth, and ex-boyfriends refer to it as “Rose’s toothbrush dance.” Oh well.
– I loved looking through this series of rarely-seen photographs of Yoko and John.
– Recently posted about Bijan Stephen’s Adult Mag piece, and I also loved his Brief History of the Personal as well as The Talk.

The thing about personals that spins them out of control—the thing that keeps us coming back to trawl Craigslist’s missed connections, day after day, week after week, the thing that encourages us to post them in the first place—isn’t complicated: We are built for electric connection, and nothing gives a charge quite like risks with an equally high chance of failure or reward.

When I think of personals, I come back to the image of Voyager 1, our lonely emissary to interstellar space. The probe carries within it a record, a golden disc engraved with our shared memories of Earth. What’s a personal ad if not a probe shot out into the deep space between people, carrying a tiny kernel of your story?

– speaking of cooking more- i enjoyed reading about The Senses of Cooking
– and, to end on a bit of humor, Is His Boyfriend Muscle Out of Shape? a.k.a. diagnosis-of-every-guy-in-new-york-city