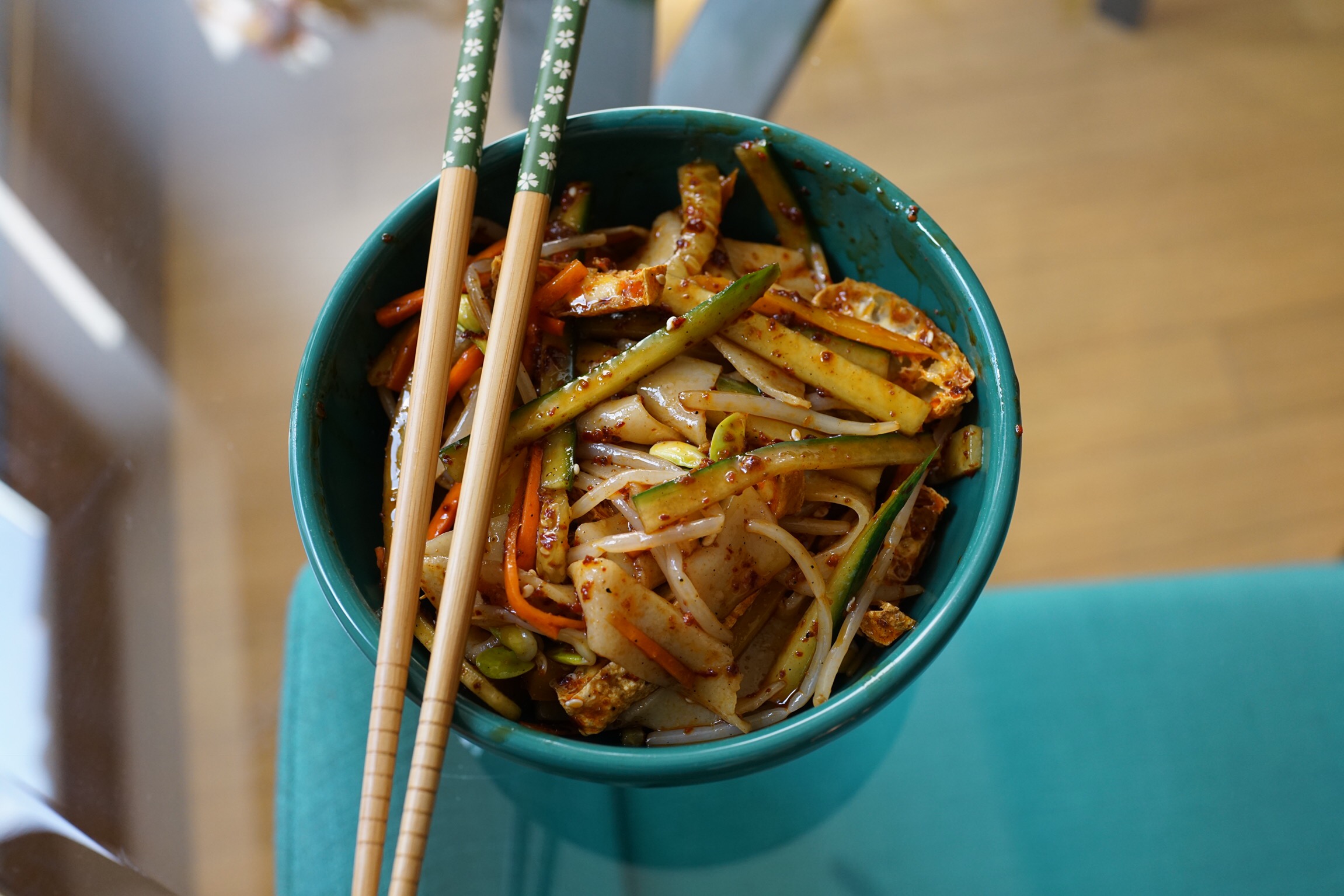 “People ask me: Why do you write about food, and eating and drinking? Why don’t you write about the struggle for power and security, about love, the way others do? The easiest answer is to say that, like most other humans, I am hungry. But there is more than that. It seems to me that our three basic needs for food and security and love, are so mixed and mingled and entwined that we cannot straightly think of one without the others. So it happens that when I write of hunger, I am really writing about love and the hunger for it. There is communion of more than our bodies when bread is broken and wine drunk.”

I love that: “So it happens that when I write of hunger, I am really writing about love and the hunger for it.”

My favorite thing: cooking with a friend, curating the music while things finish on the stove, drinking champagne, eating it all later. With more champagne.

Full-leafed trees criss-crossed the Tuscan countryside, interspersed by flat fields of green. Every now and then the land was punctuated by grape vines.  There were hints of red leaves scattered in ribbons across the hills, and the taller cypress trees lined the roads to buildings or villages; first planted as landmarks to help find your way home. I read that cypress trees have been used as a symbol of immortality to signify sacred space and a detachment from the everyday mortal world.

For every meal, the truffle or porcini that accompanied meat or pasta was picked just that morning. “It’s mushroom season,” the locals would declare with a smile. Their happiness was infectious, as if they knew a secret. And share it with us, they did.

I return often to Pico Iyer’s reminder that our greatest aspirations and virtues have always relied on a measure of inner equanimity. Some of the best moments were sprung upon us without plan — the ones that, for example, found us gazing at a lightning storm during an otherwise calm night, all of us trying to take photos or video. Despite our varied success in capturing the lightning with our various cameras, the best success was watching it in each others’ company under the open night sky.

Though we still had the occasional everyone-sitting-around-on-their-computers moments, there was something about the remoteness of where we were staying that reminded us to be present, to sleep in, to look up at the sky.

For our final meal, Francesco created delicious dishes that were served during sunset. A friend used his last slice of bread to sop up the juices of the mushroom broth. Francesco came outside at that moment and grinned while watching the sopping. “That’s precisely how to do it,” he said admiringly under his breath. “Scarpetta!”

I have heard “Scarpetta” used as a restaurant name and I don’t know enough Italian to know what he meant. I’m not sure anyone else heard him say it, but I noted it to look up for later.

The next morning at an earlier hour than we all preferred after several bottles of wine, we wiped away sleep as we said goodbye to the countryside and rode towards Florence. We watched the sun rise over the Tuscan hills, our eyes sweeping over the landscape one last time. The pink-bottomed clouds leaned against the edges of horizon and even the freshly-tilled dirt looked golden.

I remembered the word from the night before and looked it up:

“Fare la scarpetta” is a phrase in the Italian language that’s close to the heart of everyone who has enjoyed a delicious plate of pasta with sauce. Meaning “make the little shoe,” it refers to the small piece of bread used to mop up the last of the sauce on your plate.

It’s not only an essential part of an Italian meal, but it is seen as a way to extend the pleasure of the repast.

At the airport, we hugged each other as though we were scooping up the very last bit with all our might. Fare la scarpetta, soaking up every last drop. But also, we hugged like we knew that we’d be seeing each other again very soon. Our friends around us like cypress trees, their presence meaning we have already found our way home.

The idea that authenticity is a fixed and rigid thing is absurd for a food culture that has gone through as much historic change and reinvention as Mexican gastronomy.

To declare that the only good Mexican food is “authentic” Mexican food also assumes that the cuisine has ceased evolving. Like so many international cuisines, Mexican food has thrived as it has adapted, and it isn’t done doing that.

― from “Tacos: Recipes and Provocations” by Alex Stupak and Jordana Rothman