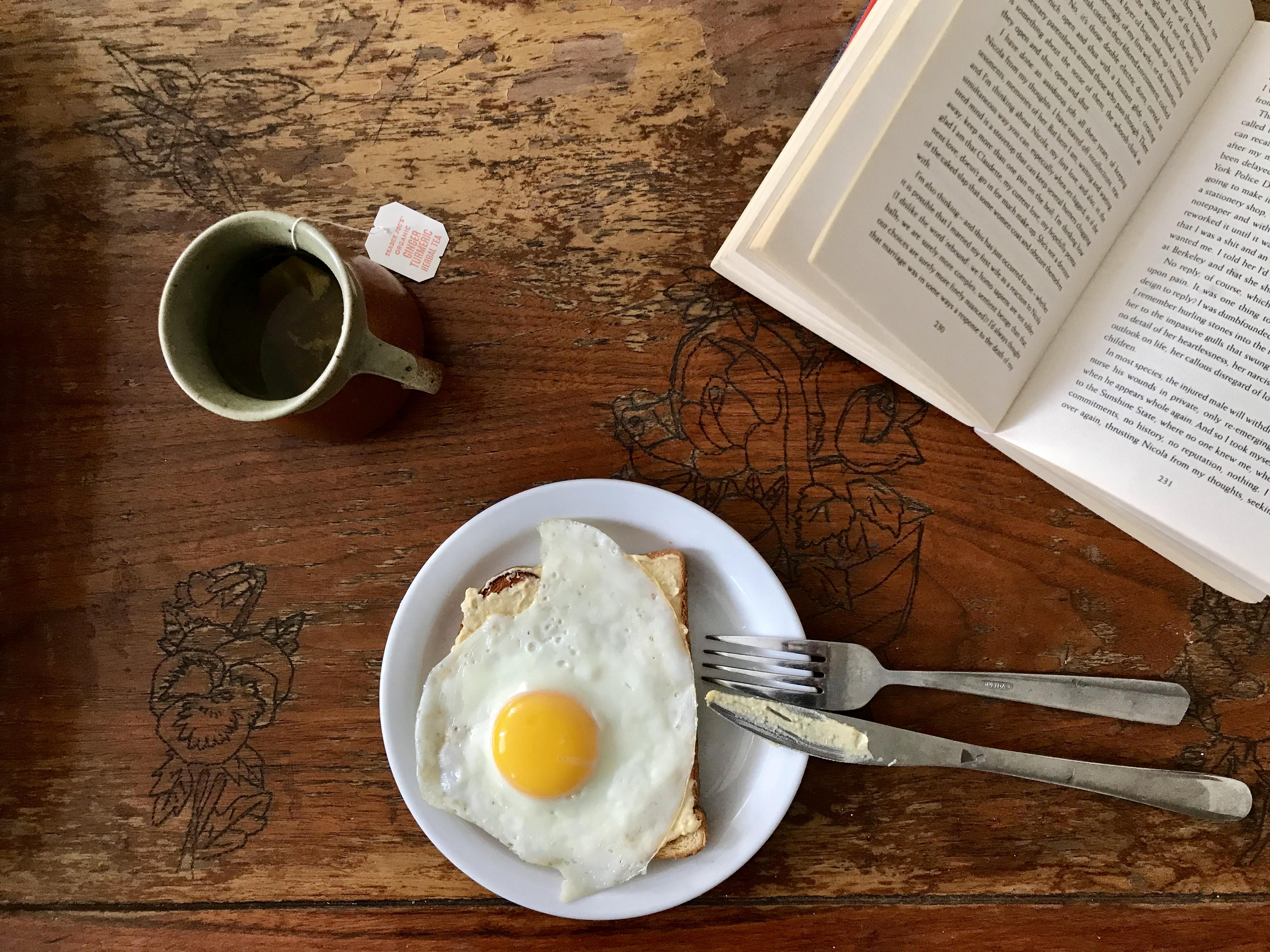 Random and unrelated note: I’ve had I Will Follow You Into The Dark stuck in my head for a few days now, so that’s what I’m listening to while composing this post.

One of my favorite internet finds of this year was Maciej Ceglowski’s blog, Idle Words. “brevity is for the weak,” his byline declares.

I wish I had thought of that byline, because beauty (and the devil) are both in the details, aren’t they? I made a note to include more dialogue in future blog posts, but for now you get books.

Two years ago, I looked at the list of books I finished reading and decided to set an intention to read more books by female authors. So in 2017 and 2018, I kept track.

Reading is a form of bravery. It offers new worlds and ways to think about hope. Perhaps it even offers us magic when we need to believe in something beyond, or myth when we question the why. I consider the power of poetry as prayer, or the meditativeness of mantra.

Somewhere in those first few months, I stretched under the skies in a tent in Joshua Tree National Park while clutching Ali Smith’s Autumn, a friend’s body warming my side. Joan Didion casually appeared on the kitchen table in Los Angeles on Valentine’s Day, and I finished Blue Nights. Bookstore hopping in warmer weather led me to Sheila Heti, and I became obsessed with her journey in questioning motherhood. At a Chinese teahouse, C. and I read our Kindles and ate green dumplings, and it was a very good date. By my bedside, Ada Limón (whom I discovered last year) stood guard, the pages creased and L’s boasting ringing in my mind: that he “knew I’d love her because my life is like Sex and the City,” but none of that is really true, because Ada Limón is so much more than Sex and the City. I think he meant “wherein strong woman’s voice writes mostly about what ends up being love” which would be mostly true. I was treated for a health issue for much of the year, so when I’d wake up in the middle of the night coughing I would read a few pages of Rebecca Solnit. I organized my books in my mind and on my shelves because life is chaotic. I let the words light up the caverns and hobbit houses I traveled to. Nothing like paddling around a Norwegian lake while B. marvels at my book, “Wow, that thing is so beat up.” It’s the things we love the most that end up taking the biggest battering.

“Can you recommend any funny, happy books?” J. texted me one day in the middle of the year.

I looked over my lists. In disbelief at not finding anything, I pored over them again.

Is sadness more interesting to me than funniness? Apparently, I fill up my quota of sadness in books and therefore not-so-mysteriously find funniness in men very attractive.

What I knew would happen today (because I am, in my ripe third decade, predictable) is that I would flip back to the beginning of the new notebook I started: wondering what I had written on the first page.

Not the marvelous act, but the evident conclusion of being.
Not strangeness, but a leap forward of the same quality.
Accomplishment. The even loyalty. But fresh.
The thing steady and clear. Then the crescendo.
The real form. The culmination. And the exceeding.
Not the surprise. The amazed understanding. The marriage,
Not the month’s rapture. Not the exception. The beauty
That is of many days. Steady and clear.
It is the normal excellence, of long accomplishment.

– excerpted from Jack Gilbert’s poem, The Abnormal Is Not Courage

A note for those who follow my reading list on my website: I decided long ago when the face of the internet started changing into what would become “influencer zombieland” that I would not advertise on my personal blog. (My dad was like, “Could you be more diplomatic and say that you liked all of the beef noodle soup restaurants in Houston equally?” No, Dad, I’m trying to tell the unaltered truth when the internet now holds so little of it.) So, for my book list, I changed all the links; they were Amazon links when I posted them originally on my reading list, and Amazon is, well, Amazon. But then they bought Goodreads, so I realize it’s not that much better. Is it a losing battle against Bezos’s empire? Yeah, maybe, but I hoped you’d to be able to find and reference the books in some way.

Another note: There have been people who criticize certain blog entires for being “too long,” and thanks in part to Maciej’s snarky byline, I stare the exhaustingly-brief-and-meaningless-clickbait-y-with-no-personality internet straight in the face and say: read a book, or a longer blog post with personality. Seriously. Brevity is for the weak.

Below is my 2018 in the books that I finished, in rough chronological order. The asterisks denote ones I absolutely loved and would highly recommend. I only count poetry books that I read cover to cover, but mostly I read them piecemeal so they always make up a tiny percentage of what I read.

Our tech team at TED started a book club this year, and after noticing that most people would fall into a male-author-only nomination pattern, I suggested that we try to intentionally nominate more female authors. The result was the selection of the final book on my list: a book by a writer (Rivers Solomon) that goes by the pronoun they/them, which I hadn’t accounted for in my tracking over the past three years. I acknowledge that there are so many other ways of counting diversity outside of what I have counted.

For fun, I’ll add my 2017 book stats at the end so that you can see how it compared.

(the numbering/order is more chronological, the asterisks are the ones I loved)

Below are my 2017 “finished book” stats, for comparison. I track my books continuously throughout the years here.

Say we never get to see it: bright
future, stuck like a bum star, never
coming close, never dazzling.
Say we never meet her. Never him.
Say we spend our last moments staring
at each other, hands knotted together,
clutching the dog, watching the sky burn.
Say, It doesn’t matter. Say, That would be
enough. Say you’d still want this: us alive,
right here, feeling lucky.