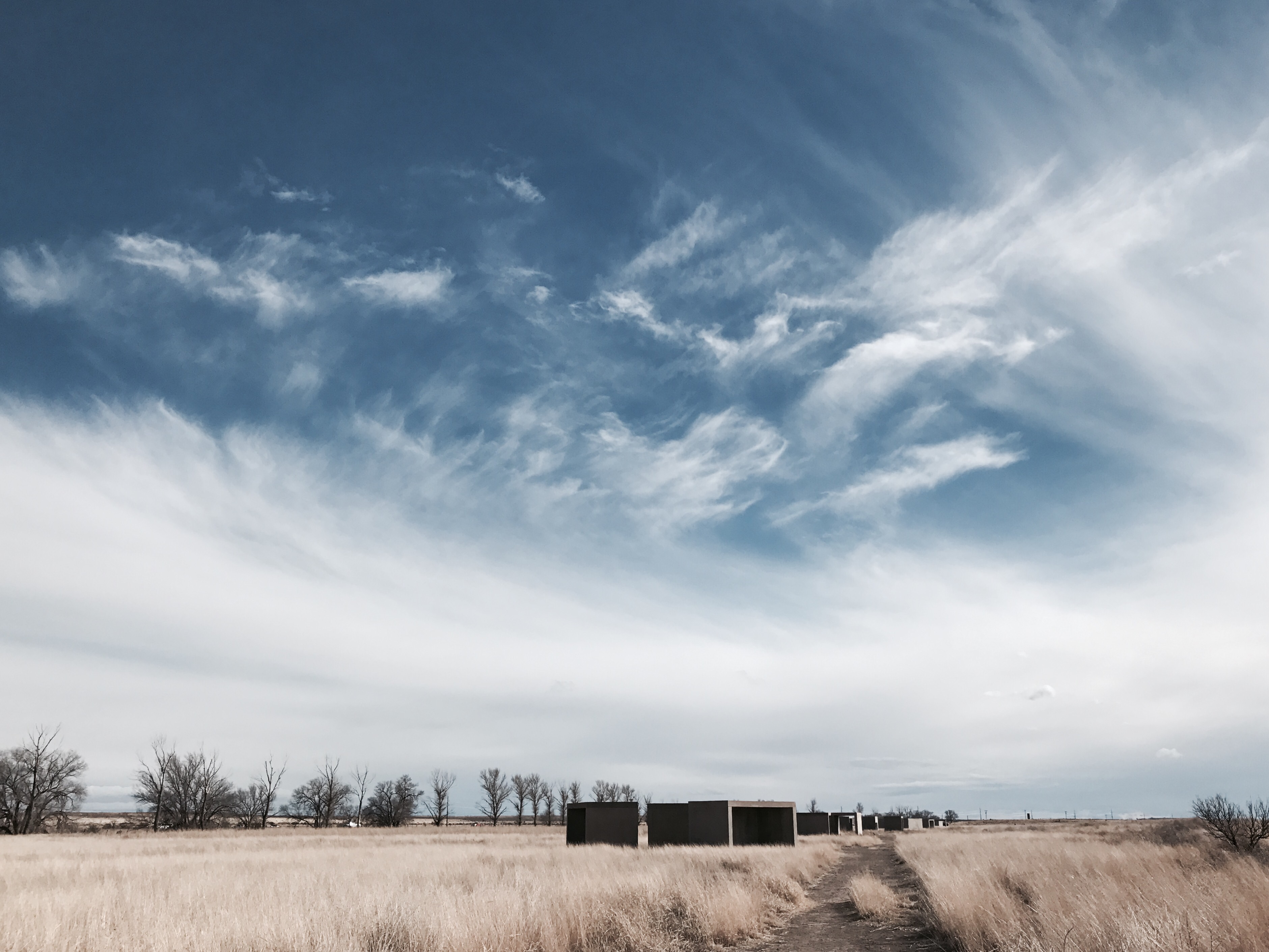 The skies of Marfa, Texas

A space “without” seems strange: in today’s world, we are so accustomed to more rather than less. More buildings, more cars, more people, more things. Things everywhere.

The desert and open skies expand something in the heart; the apparent endlessness feels both intensely personal and coolly insouciant. Empty yet simultaneously so full of possibility. I referenced a friend’s tattoo once: a Chinese character that means “emptiness” but is idiomatic because it connotes “a space waiting to be filled,” which is arguably different from emptiness. There is a beauty in the waiting, in the pause in between. Sometimes when we see or feel emptiness we feel rushed or anxious to put something in it, rather than exploring the space. Stillness and space are necessary for us to find ourselves. Pico Iyer says, “I began to think how much we need space in those we love, space enough to accommodate growth and possibility.”

I’ve been thinking a lot about how to embrace the uncertainty of the future despite a past that is laden with preconceived notions of how things will go. I stumble a lot, take a lot of wrong turns in life. I try to preempt disappointment and protect myself by following the maps I’ve already made, but in staying in the harbor, I may pass up that one turn that will take me to the view I’ve been searching for; the one that will change everything that the past has programmed in me. I worry a lot about knowing the right path ahead of time, when really we are still the explorers of the path. Not everything is known, and that is ok. Epiphanies rarely repeat themselves. Rolf Faste’s “On the Nature of Maps” can be interpreted as double entendre, a metaphor of how to charter the new; he acknowledges the usefulness of the maps we already have, while also recognizing the space beyond that which is familiar.

“And if travel is like love, it is, in the end, mostly because it’s a heightened state of awareness, in which we are mindful, receptive, undimmed by familiarity and ready to be transformed. That is why the best trips, like the best love affairs, never really end.”